The Human Spirit of '76: Introducing the Roundup's Grand Marshal 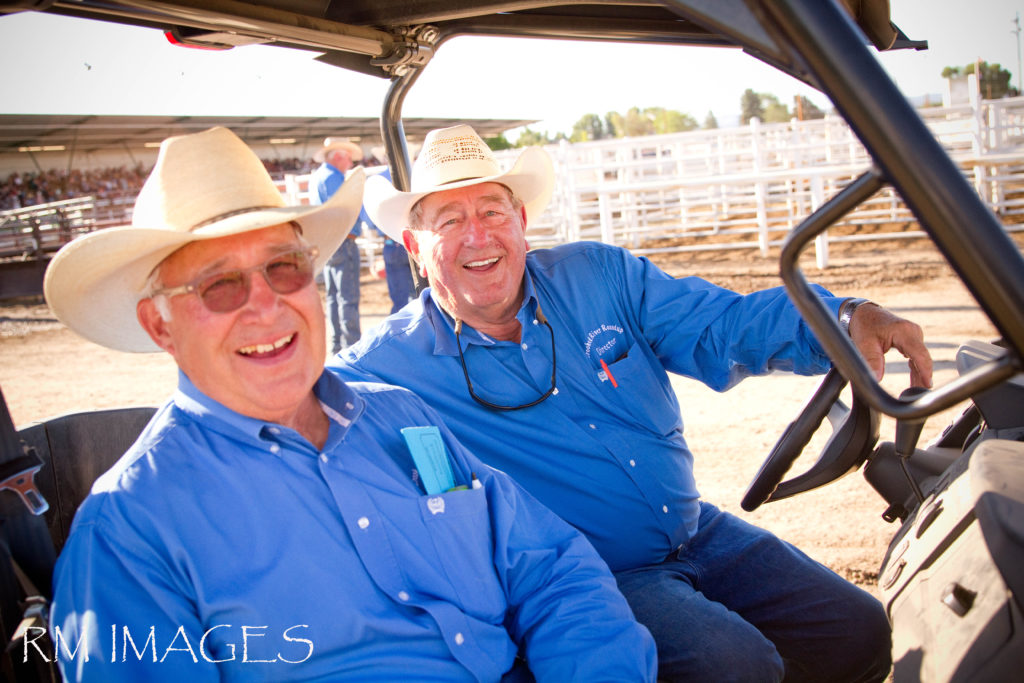 I was born in Prineville in the old hospital on First Street. After marrying, my parents, Carl and Joyce Sumner worked in the Prineville basin farming and partnering in a gas station across Third Street from our current courthouse for 3 or 4 of those post World War II years. Then they moved to north of the summit of Suplee Butte where my father built and ran a sawmill for 2-3 years. My father was from Madras, and mother was one of two daughters and five brothers of Suplee area ranchers Andrew and Emily Bernard. My school years were spent in John Day and Mt.Vernon. My partner in life, Vicki, and I were joined together by Reverend Penhollow in Powell Butte. From this union we have four sons, and nine grandchildren.

My 37 year work career in banking began in 1969 with First National Bank that took me to the Ontario, Heppner, Prineville, Klamath Falls, Prineville (again), Burns and Baker City communities; relocation was often an expectation in order to advance. I volunteered in various capacities in rodeos in the communities Heppner, Prineville, Burns and Baker City. Collectively, my time in Prineville has totaled near 19 years. In the 10 years of our first two of three stays in Prineville, Vicki and I volunteered as pari-mutuel workers for CRR.

Prior to our move to Burns in 1985, I had just recently been voted onto the Crooked River Roundup board and, regrettably, had to tender my resignation to CRR. Moving to Baker City in 1987 our stay was a “bit” longer than the others lasting until 2016 when we returned to Prineville. I had retired from income earning work in 2005; for the next 10 years I joined the ranks of those moving irrigation hand line twice a day while in season on our sixteen acres place outside of Baker City at the foot of the Elkhorn Mountains. While in Baker City I was charter secretary/treasurer of the Baker City Bronc & Bull Riding for 18 years. I have been back as a director with CRR five years, the majority of that time as treasurer.

I have had a deep affection for the Crooked River Roundup as long as I can remember. When staying with my grandparents at their ranch during the summers, they would take my brother and me to the Roundup. I don’t remember being there to witness the Warpaint and Manuel Enos matchup that has so aptly represented our event, but I do recall the matchup of Warpaint with local rodeo athlete Ronnie Raymond where Ronnie was launched over the swells on the third jump – a pretty good attempt considering Warpaint’s ability to buck.

Personally, my part in rodeo has been more as a volunteer, fan and supporting dad. Youngest son Ty joined the Oregon High School Rodeo Association in 2001. As the supporting dad, Ty and I formed the Baker County High School Rodeo Team. Ty focused on saddle bronc riding and won the OHSRA championship in 2003. I was his chute companion hooking his, and sometimes other contestants’, cinches and measuring buck reins throughout his high school, and sometimes college and professional time. He made the Columbia River Circuit Finals in 2007. I titled myself a chute junkie in this time…my considered best place to be a part of a rodeo.

I have talked too long, time to close. But in closing I invite fans, new and old, to pickup tickets and attend the Crooked River Roundup 76th anniversary with the rodeo taking place  taking place Thursday through Saturday June 23 - 25, 2022.  The race meet will follow Thursday through Saturday July 13 -16, 2022. The events will hold true to their legacy by being long remembered. You are invited - please come join and help us celebrate the 2022 Crooked River Roundup & Races.

Did you know? In 1982, when Bill Steelhammer resigned from the board, Alvin Grimes nominated Berna (Bill’s wife) to replace him while at the annual stockholders meeting. Berna became the first female member, and they also became the first husband-and-wife team to be honored as Grand Marshals of the parade.

By continuing to browse the site you are agreeing to our use of cookies.